Amy and I had a blast at Tiki Day.   We had been planning on going for several months, and wanted new dresses for this fun day.   I was itching to make Butterick 5882.   When I was at Costume College, there was a lady at the pool party who had on the cutest dress with birds on it.   I just loved the fabric!  She was kind enough to tell me she got it at Joann Fabrics.  I went to one Joanns and they didn’t have it. 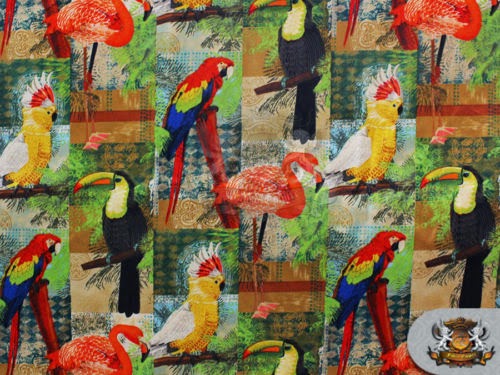 I went to Yardage Town, and found a real cute tropical bird print - and there was only a smidge less than three yards :( They told me the warehouse in National City would have more, so I took the risk and bought the end of the bolt.  A week or so later, I went to the warehouse.  We went through the rows of stock twice.  Nothing.  Well darn, can’t make a dress with less than three yards.

I did some modification to the pattern.  First, I wasn’t too happy with how low cut the front was.  I am small busted and like a higher, more modest bodice.  The pattern has you cut two bra shapes, and two more pieces that are pleated and sewn on to the bra shapes.  I tried this, but it basically flopped around and had no fit to it, sticking out away from my bust so you could look right down the front.  Then I had an idea.  Since I have a second dress cut out for this same pattern, I decided to cover an actual bra that could be used for both dresses!   The straps and bodice pieces for both dresses were made from red scrap in my stash, so I went to Walmart and found a red bra that was a near perfect color match!  I pleated it my own way over the bra, filling in the middle where cleavage would normally be seen.  It worked great! 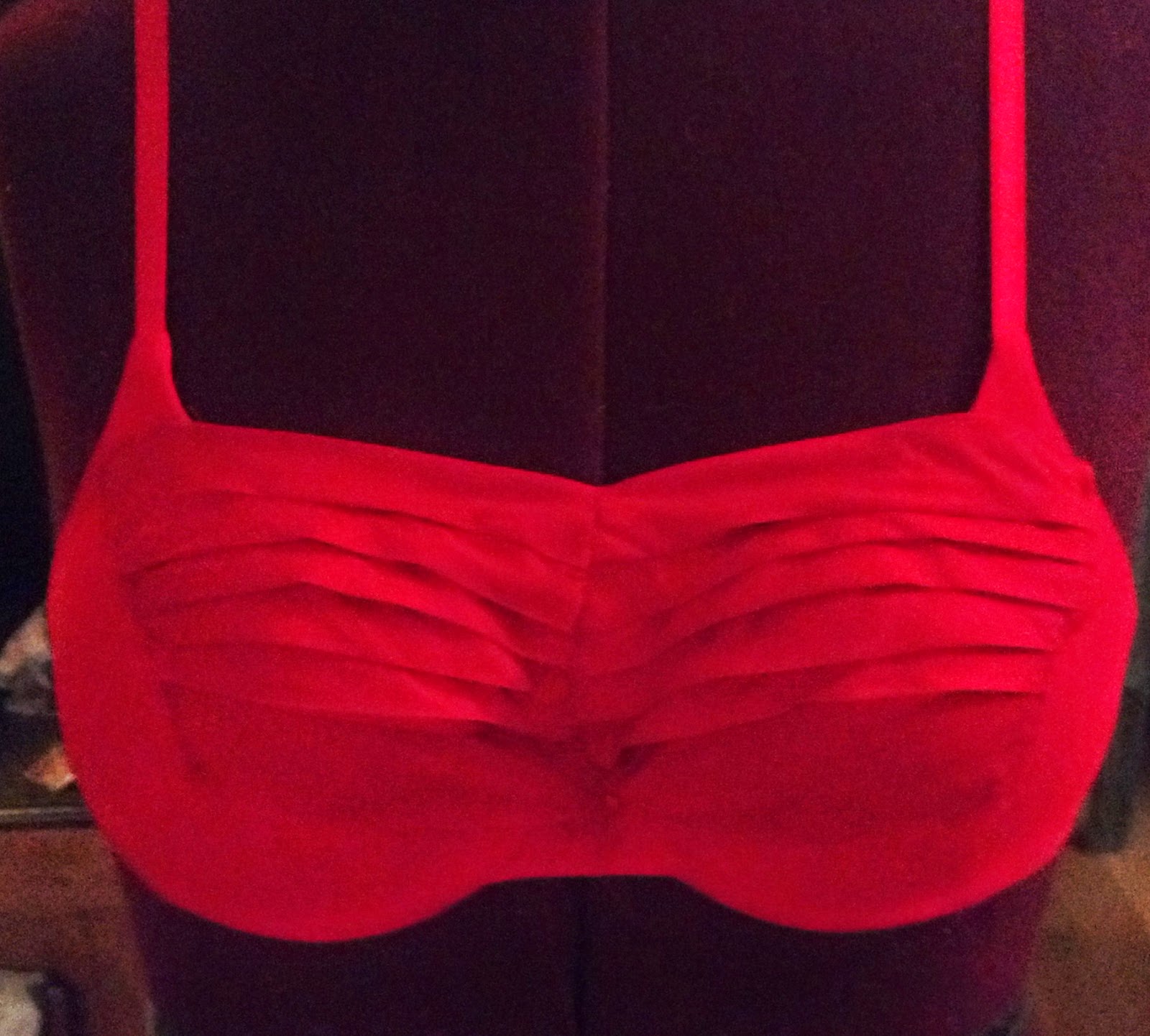 The pattern calls for the entire dress to be lined.  I did not line the skirt, there was no need to.  I wore a crinoline under it.   I did line the bodice and sewed lightweight boning to the seams.  I added a little red shrug to the dress, and all done!

The second dress I am making from the pattern is my Route 66 dress.  I worked out all the bugs on the first one, so it should go fairly quickly.  This dress was FREE!! I sold one of my vintage purses, and with part of the money I got the Route 66 fabric.   This dress is perfect for vintage car shows.  The rest of the purse sale money went to fabric too, but I will save that blog for later. 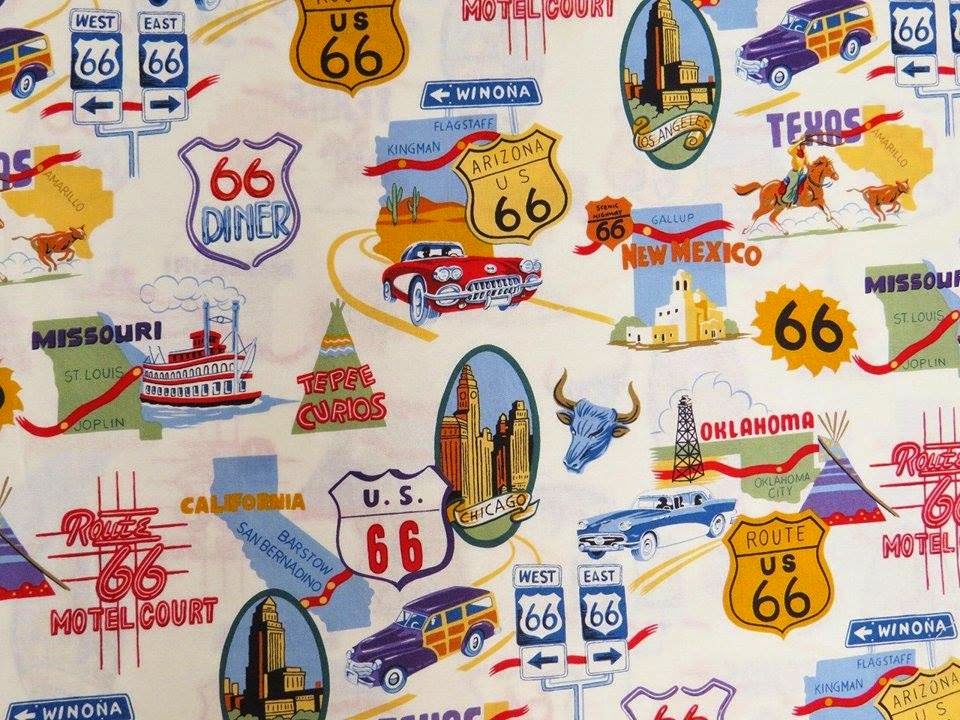 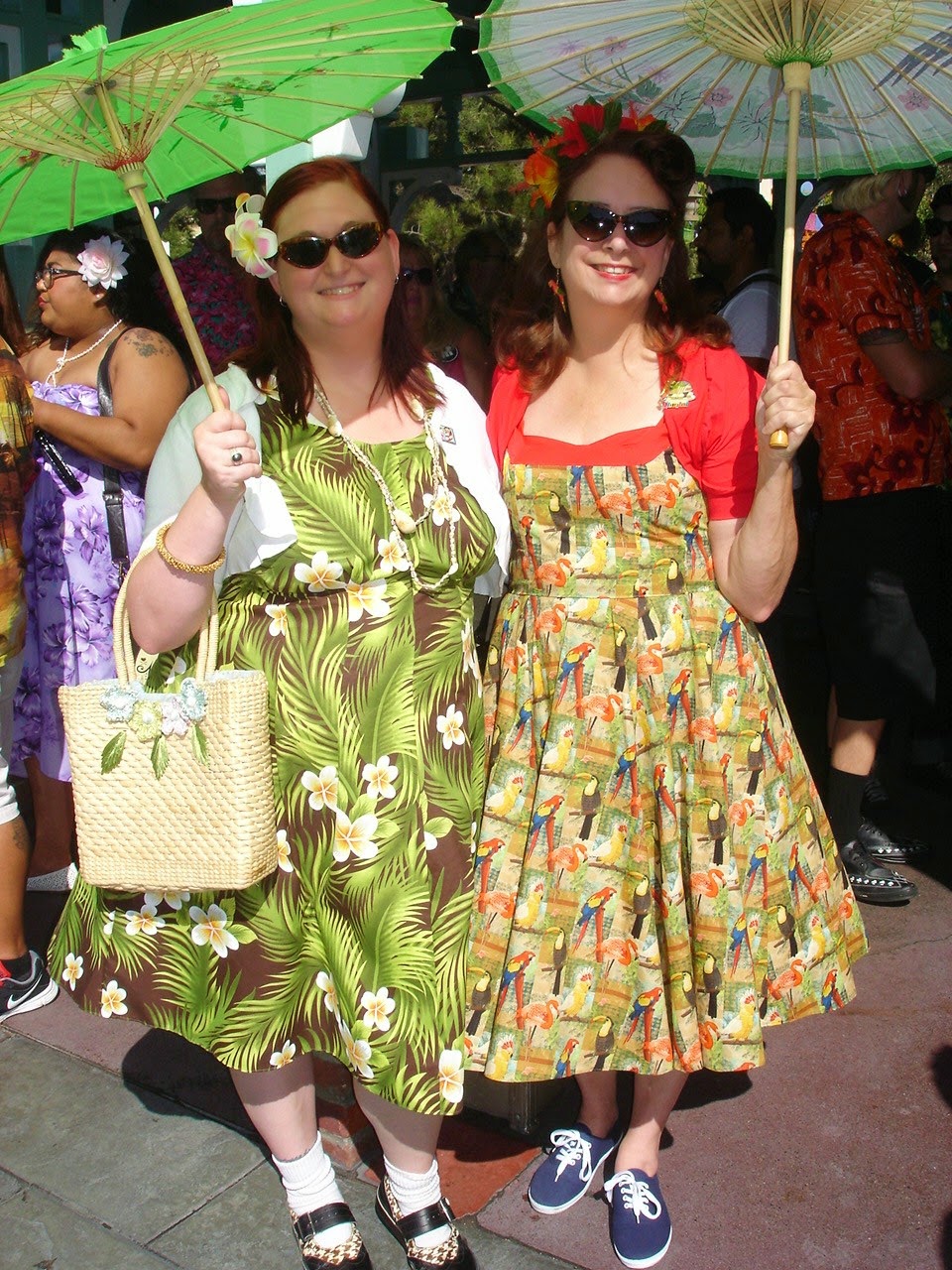 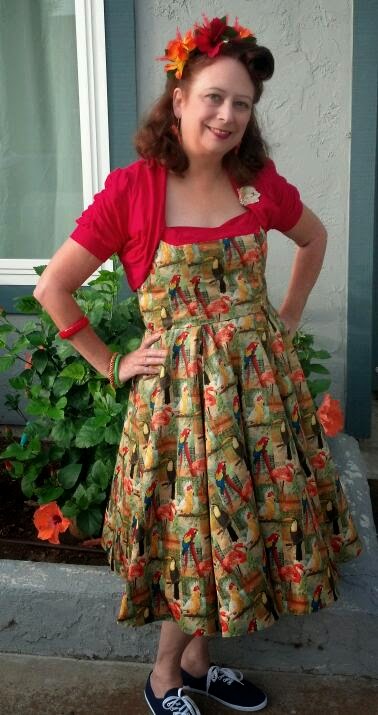 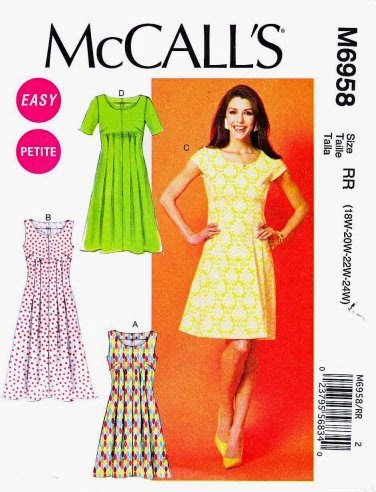 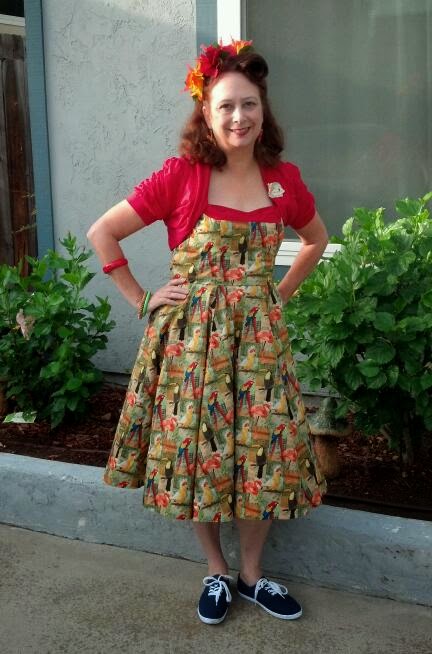 Amy's dress was an easy pattern, McCall's M6958, view A.  Just 3 1/8th yards.  I made it in a day. A great plus size pattern, as it has vertical tucks in the front and back that can be taken in and fitted to a curvy gal.  Cost for fabric at Yardage Town with discount:  around $15.  Zipper $2. 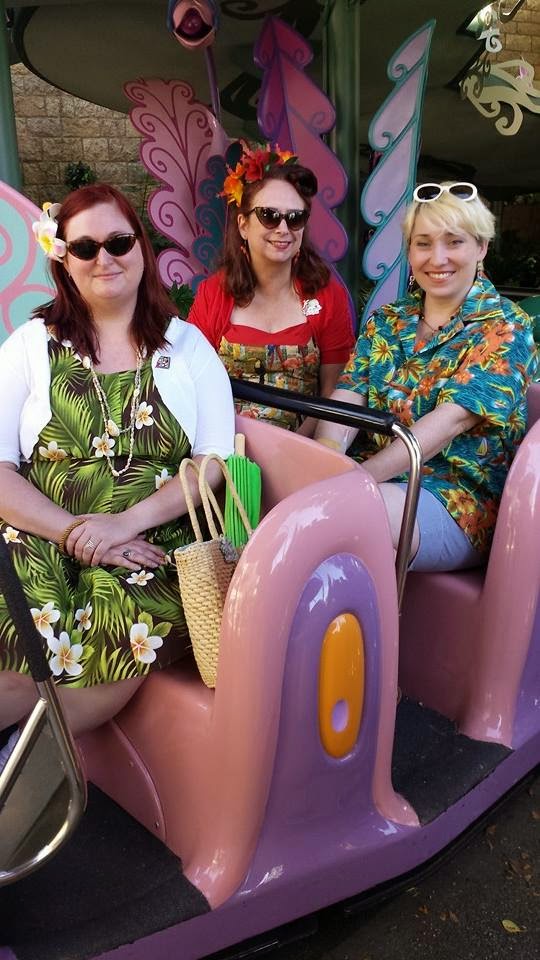 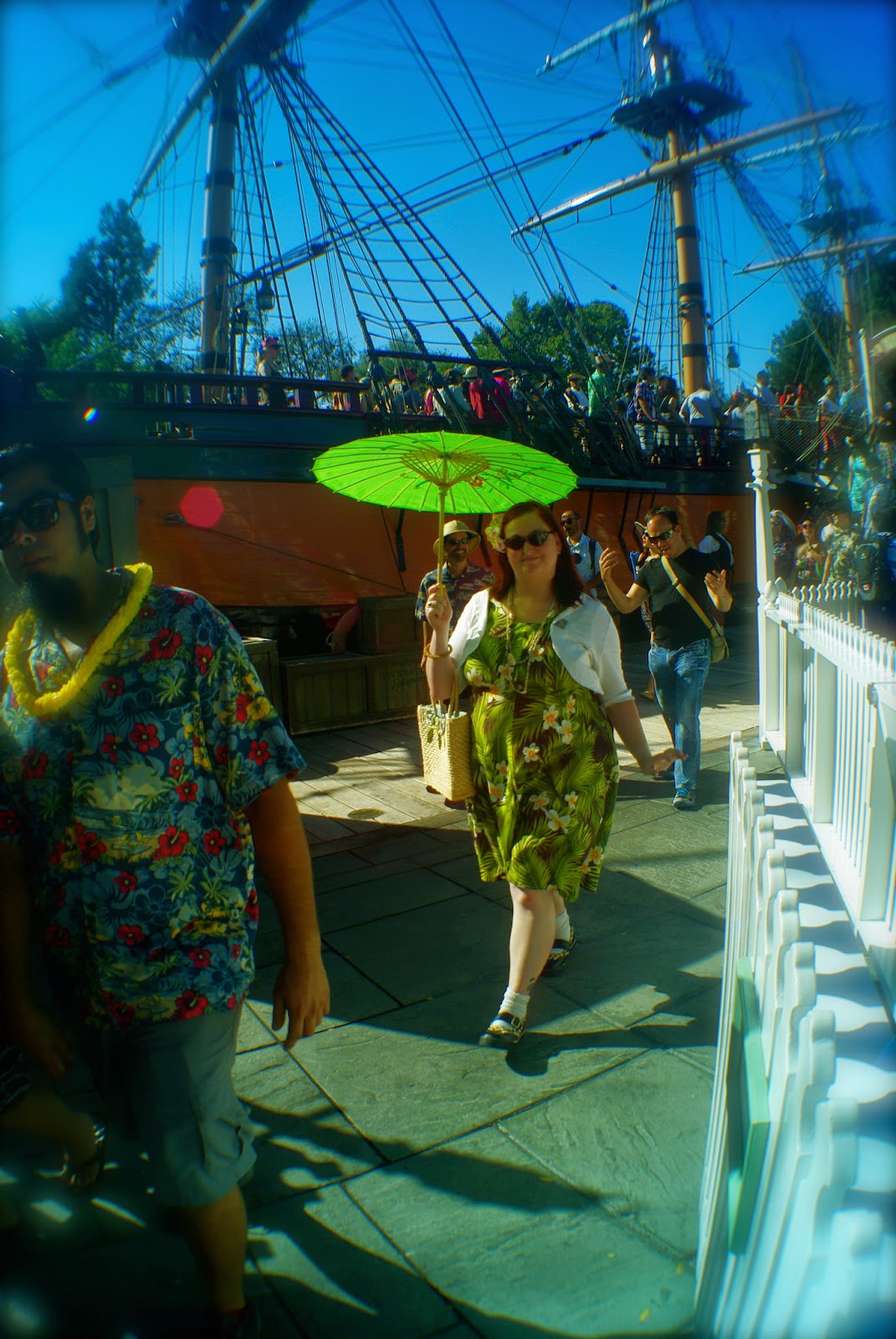