Flag Day on the USS Midway

The San Diego Costume Guild was asked to participate in the Flag Day celebration on the USS Midway.  We were all very excited!  They asked us to come in 1814 Regency attire, as we were celebrating the 200 year anniversary of the Star Spangled Banner. 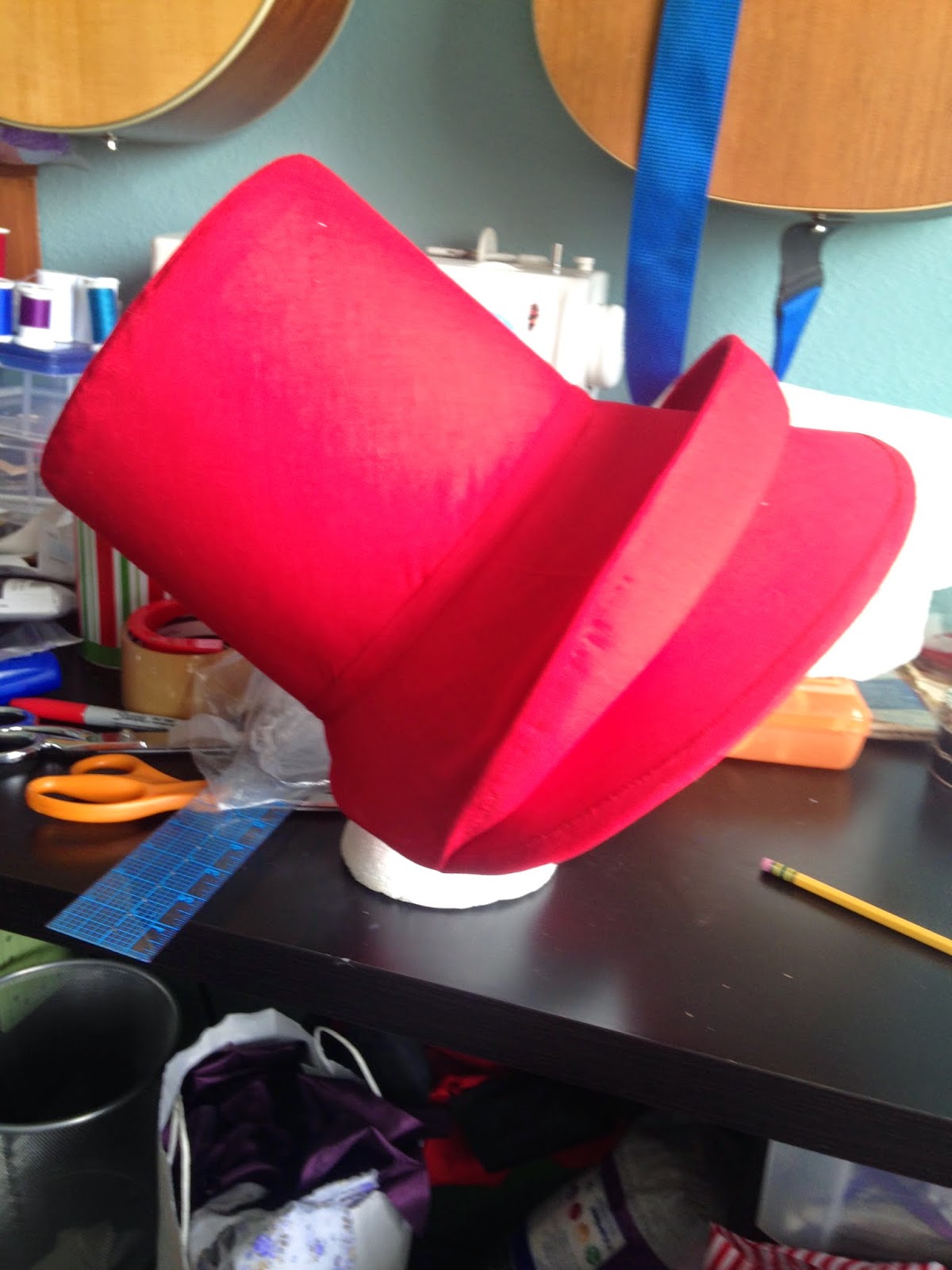 I don't really do Regency, and only had one horrible dress that I made years ago.  I have to redo the top on it someday, but did not have time to do it before this event.  Since it is blue and white, I decided to make a red pelisse to go over it.  However, the best part of my outfit is an awesome hat made by my friend, April.  She loves to make hats, and had recently bought the new Lynn McMaster's Regency hat pattern with a double brim.  I got to be her experiment!  She made this beautiful blank hat for me and I decorated it.  Read her blog at    http://www.artsydressmaker.com/ 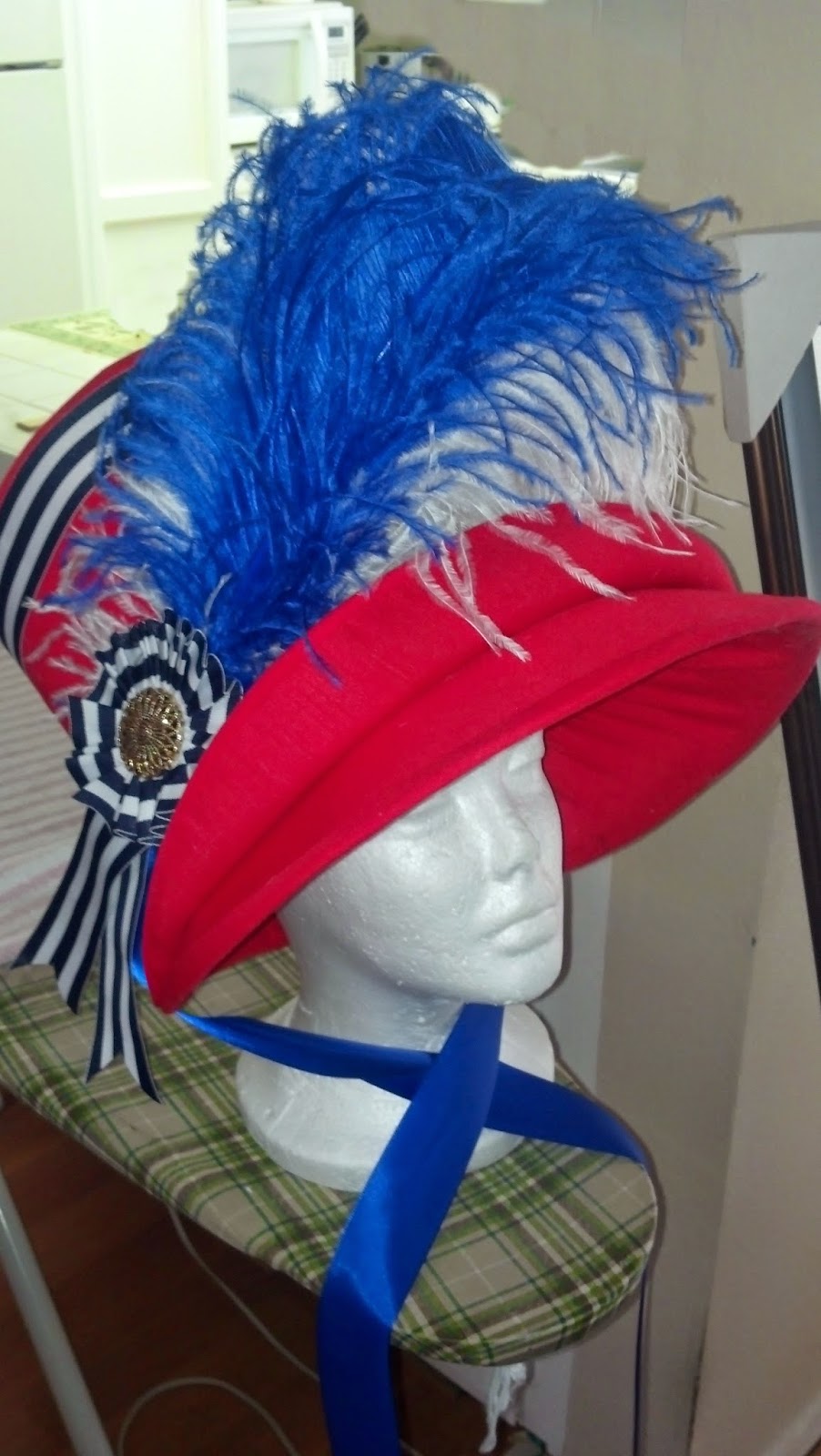 For the pelisse, I traced Val's pattern from Sense & Sensibility.   I recommend this pattern as its quite easy.  The pattern is for the spencer part only, but has variations on style.  To add the lower part, simply cut your yardage to the length you want - on the fold for the back which is pleated to the back of the spencer, and lengths to add to the front, which is attached flat from the front edge and around to the back where the pleating starts.  I chose the double breasted closing with four gold buttons, as it looked a bit more military and formal then the regular frogged closure version. 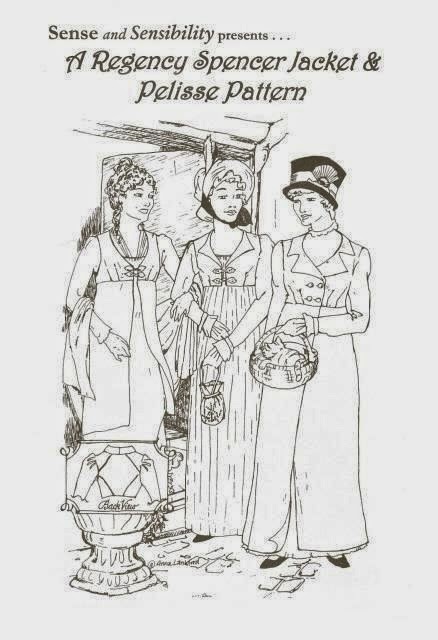 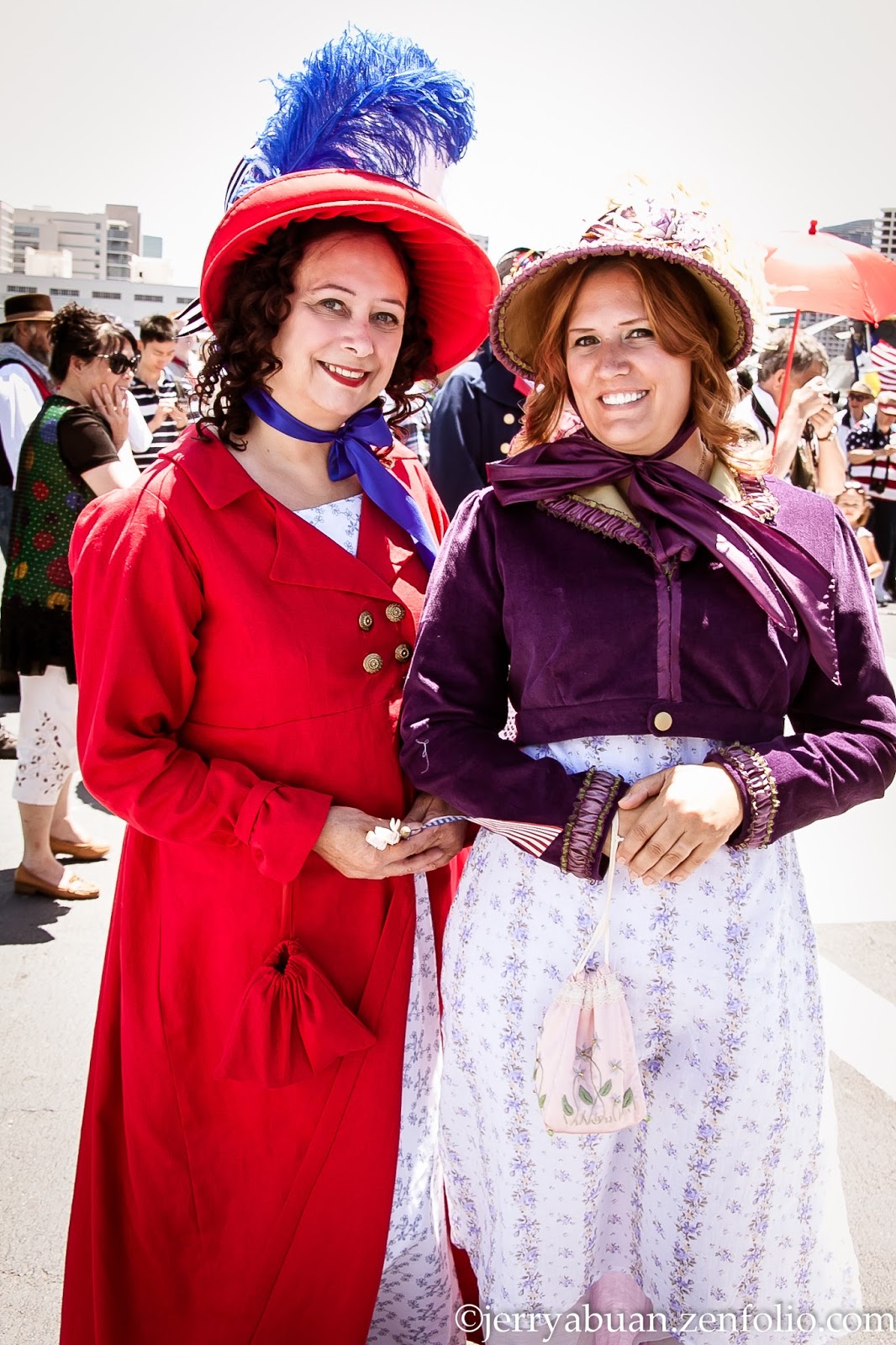 Here is a picture of April and me on the flight deck of the Midway.  April made her outfit and hat as well.  Following are several photos from the day.  Everyone's dresses were so lovely, I have added some group shots of them.  I hope you enjoy! 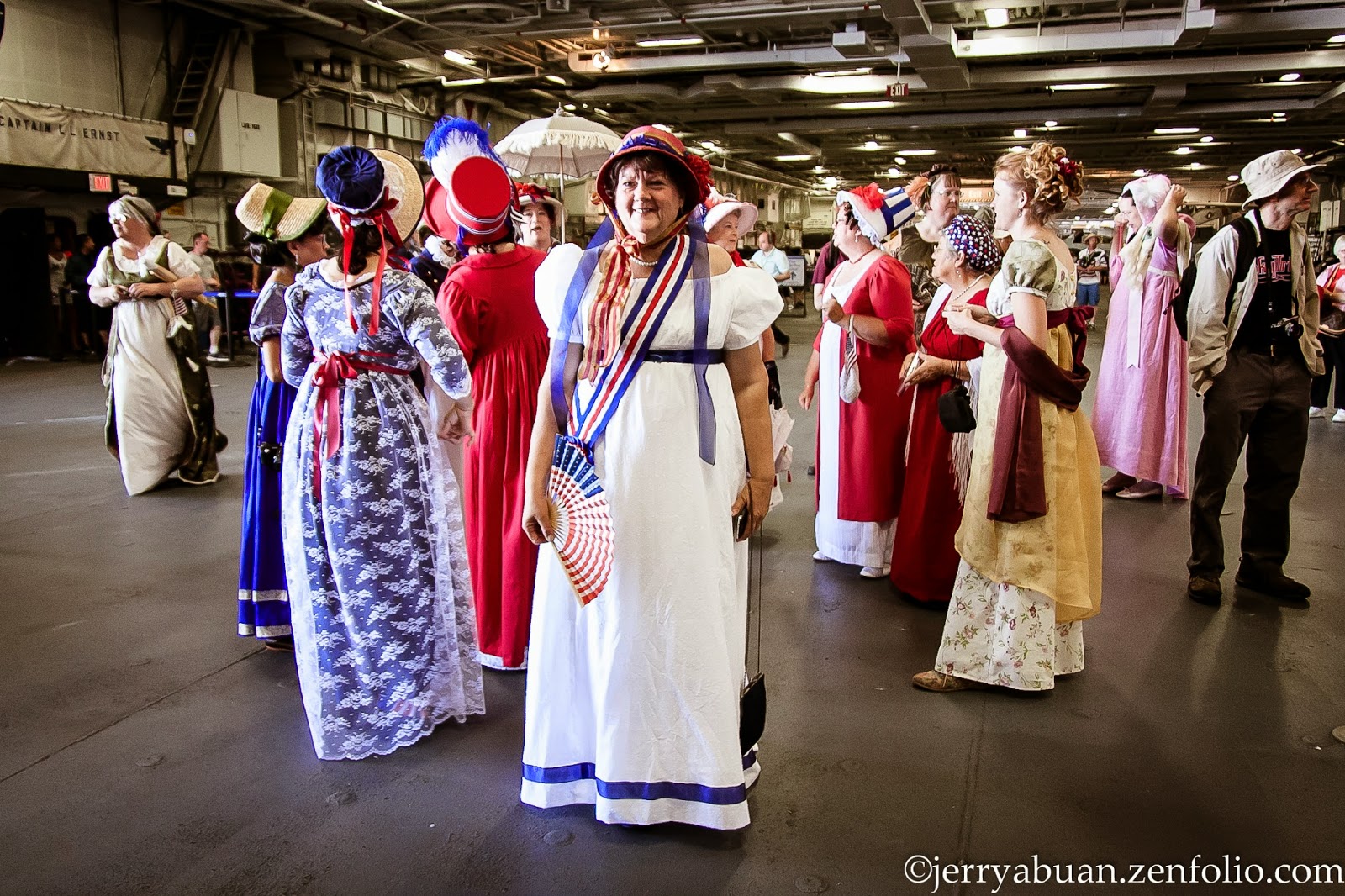 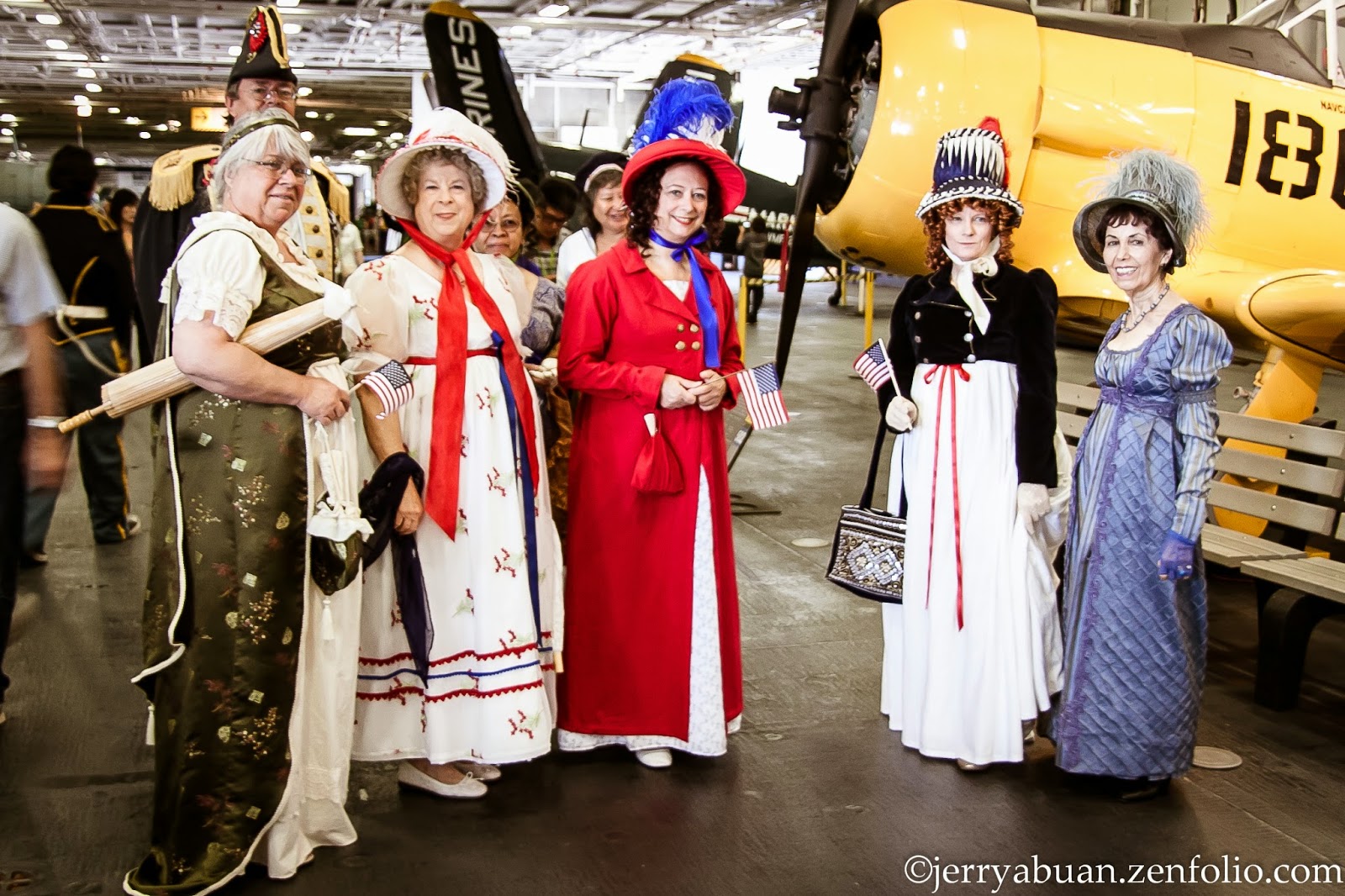 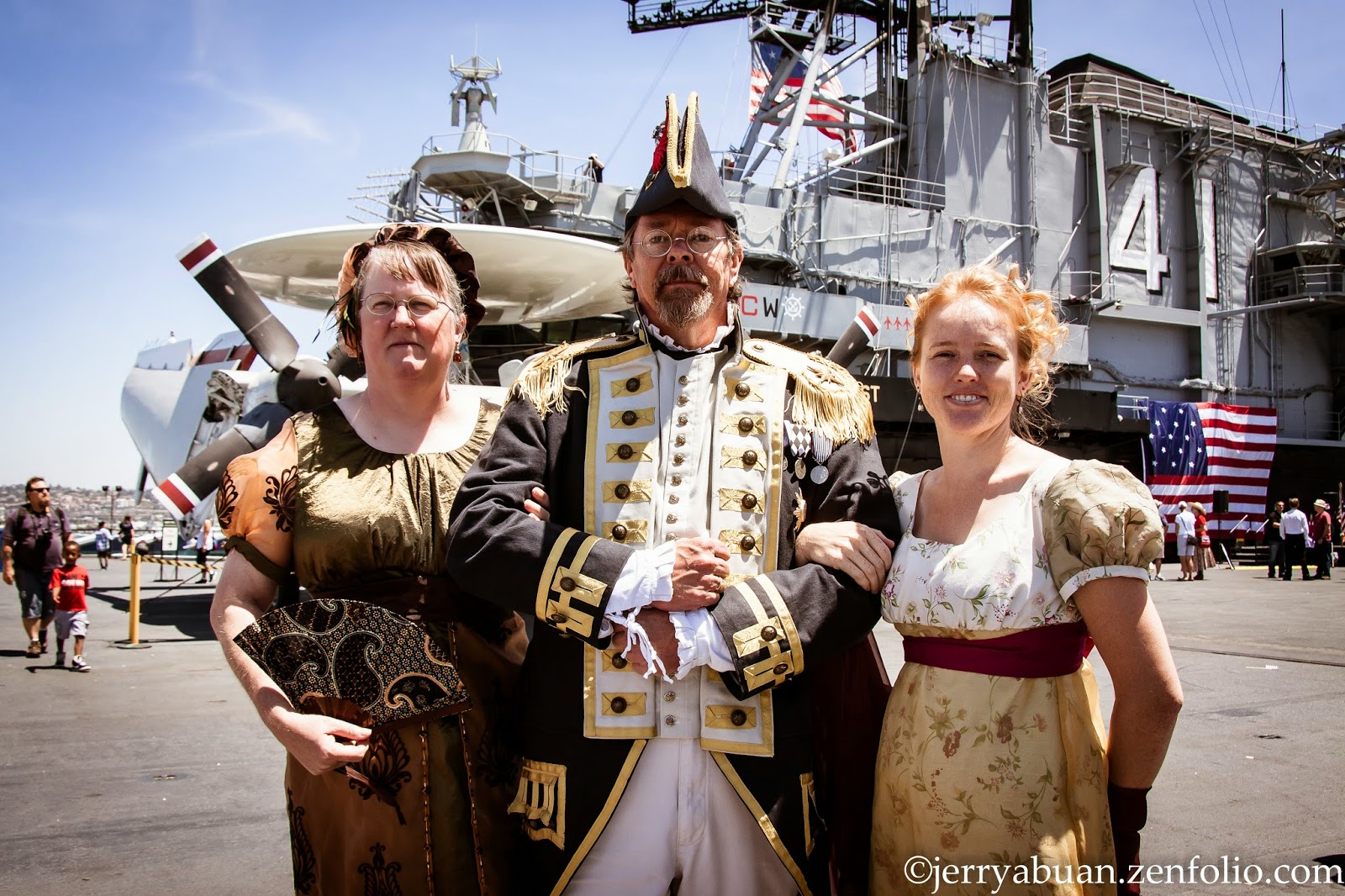 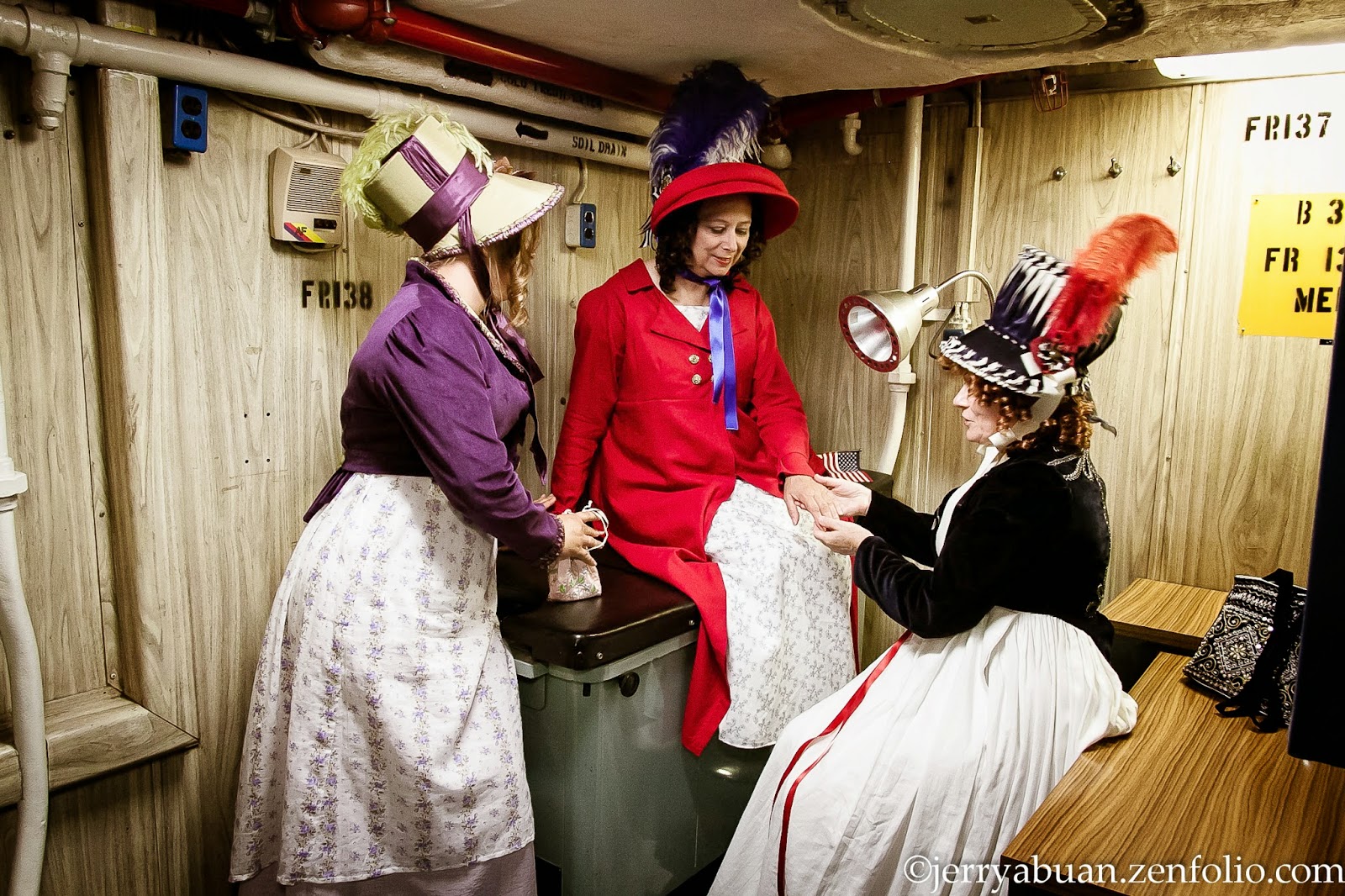 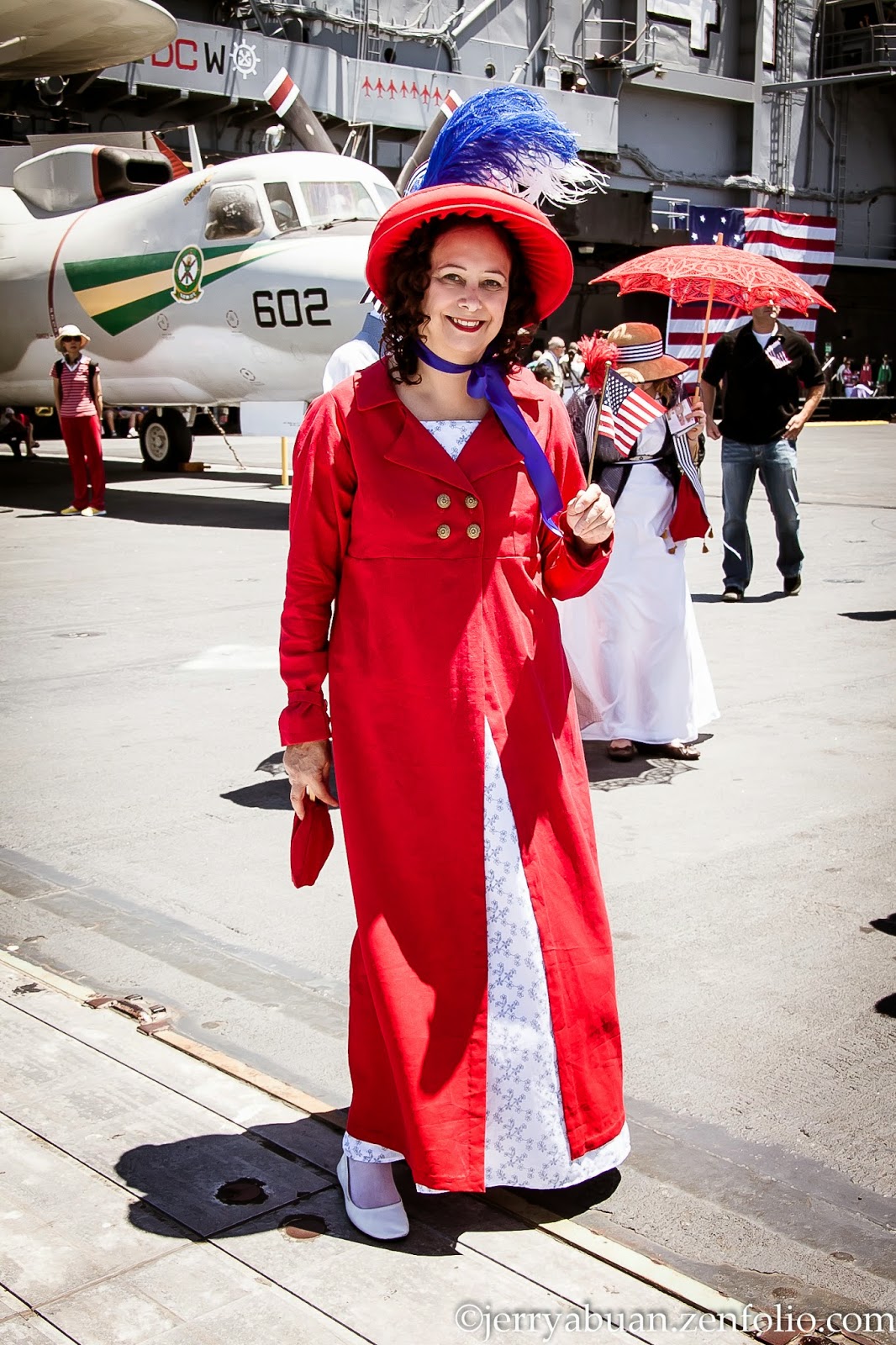