Waking up from Sewer's Burnout

Hello, I'm back!    I have not posted since the Tartan Twin dresses in December.   After that outfit was completed, I felt very burned out.   I felt (and still do a bit) that I had lost my creativity along with my desire to sew.  No event in January so I took a needed costuming break. 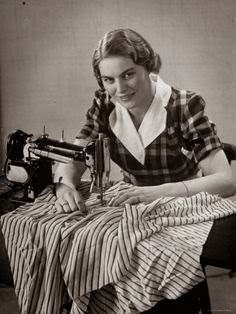 February 23rd was Dapper Day at Disneyland, and that also happened to be my daughter's birthday.  We decided to wear cute retro dresses.  I got patterns and fabric.  I cut both dresses out.  I sewed half of my daughter's dress and part of mine.   Unfortunately, the fabric my daughter picked out for her dress made her "look like a shower curtain" (her words).   I never finished it.  I lost interest in mine as well.  I will finish it someday!  We wore dresses we already had.

In March the Costumer's Guild West was doing a Gibson Girl event.   I got excited about that.  What could be simpler than a skirt and blouse?   Cut it out, sewed half of it....did not finish.  Did not make the event :(

In April San Diego Costume Guild attended the House of England program in Balboa Park and we did a character parade.  I wore by same Beatrix Potter outfit again.   I wanted to wear the Gibson Girl outfit, which never got finished.   Sigh......

In May was Gaslight Gathering convention, where I produced my 4th fashion show for the Sunday tea.  Guess what?   I never made myself a new dress for it.   I wore the Tartan.

Ok, enough!  Time to wake up!  Myth Masque Ball is two weeks away!  I usually start an elaborate gown months before. ( See Tea with Marie and Dark Marie posts)  This year I am going simplified.   Streamlined, easy.  I will post soon about this outfit as well as my daughter's outfit, as I ease back into sewing again.  I do love making skirts, and had the foresight to buy some awesome purple and black fabric the last time I went to LA fabric district.  How about a corset and bustle skirt?  I won't have to sew a bodice!   And....flowers!   a floral headdress.  Yes, this will work.

I am opening my costuming eyes again, and have plans for a great Comic Con  costume!  Lets hope I can follow through.